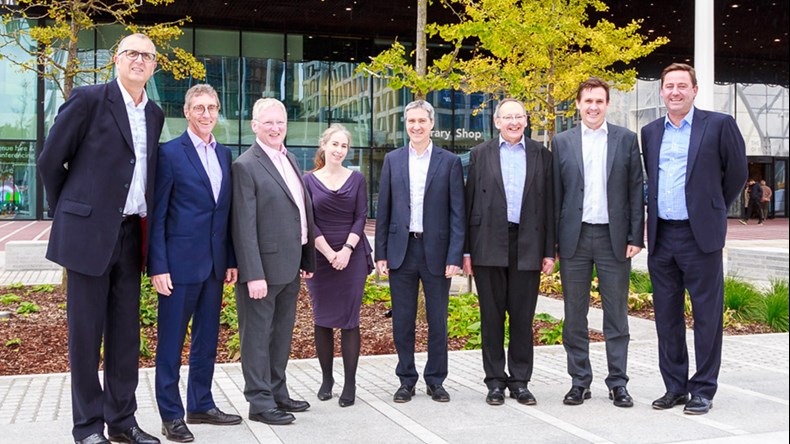 This acquisition takes Knights into a new key market outside London, in line with the Group’s strategy to accelerate its organic growth through carefully targeted acquisitions which enhance the core business strengths and are considered a strong cultural fit.

Founded in 2011, EGL is an independent full-service law firm with a commercial focus which will further extend Knights’ existing corporate, dispute resolution, real estate and private client service offering.  The acquisition will bring an additional 28 fee earners to the Group. The move into Birmingham also sees Knights expanding to nine offices outside London, realising one of its key targets set at the time of IPO.

In its unaudited accounts for the year ending 31 March 2019, EGL reported revenue of circa £4m with a corporatised PBT* margin of circa 15%. Following integration, including the delivery of cost synergies, the Board expects EGL to deliver a PBT margin of approximately 20%.  The acquisition will be immediately earnings enhancing.

Under the terms of the acquisition, Knights will acquire EGL from its four existing shareholders (“the Sellers”) on a debt free, cash free basis for a total consideration of £4.7m. This comprises an initial consideration of £3.034m, made up of £1.367m in cash and £1.667m in 515,060 new ordinary shares in Knights (the “Consideration Shares”), along with deferred cash consideration of £1.667m to be paid over two years, subject to conditions being met.  Excess cash balances in the business will also be distributed to the Sellers. The cash consideration will be satisfied from Knights' existing facilities.  In addition, restricted stock awards in respect of 30,904 new shares will be issued to EGL’s four salaried partners upon completion and will vest subject to those salaried partners remaining in employment with Knights one year after completion.

Application has been made to the London Stock Exchange for the admission of 518,013 new ordinary shares to trading on AIM. Of these shares, 515,060 represent the Consideration Shares and 2,953 reflects the issue of new ordinary shares issued to two former Knights employees following the exercise of their SAYE scheme options. Admission of the new shares is expected to take place at 8.00am on 5 November 2019. The Company's total issued share capital following admission will consist of 73,844,174 ordinary shares of 0.2 pence each with one voting right per share. This figure may be used by shareholders as the denominator for the calculations by which they will determine if they are required to notify their interest in, or a change to their interest in, the share capital of the Company under the FCA's Disclosure and Transparency Rules.

Commenting on the acquisition, David Beech, CEO at Knights, said:

"We are delighted to have entered the Birmingham market today with the acquisition of EGL, which is one of the few well-established, full-service independent firms in the city.

“As our fifth acquisition since listing in June 2018, we are delighted to build on our strong momentum with the new team providing us with an exciting platform from which to grow our share in this new market, through both lateral hires and bolt on acquisitions.”

"Since formation in 2011, we have grown EGL’s client base and team rapidly. Our high calibre team’s focus on providing a commercial but personal service to clients is closely aligned to the Knights culture and model. We look forward to continuing to deliver on our ambitious growth plans in Birmingham as part of a larger Group.”

*PBT has been referenced as it provides a truer reflection of profitability than other profit metrics post introduction of IFRS16.